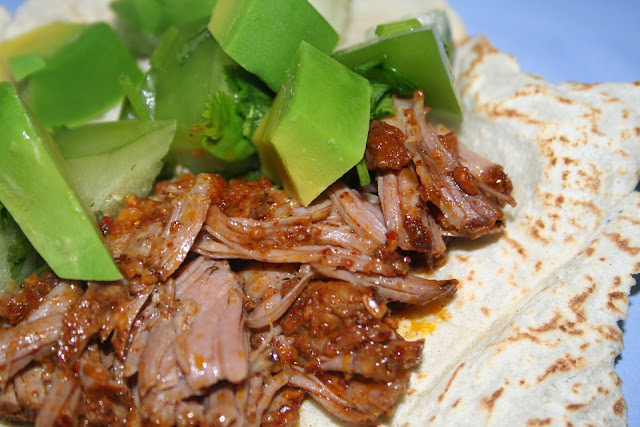 I'm a big fan of Robert Rodriguez and his movies, but I had no idea 1) that he was an amazing cook and 2) that he's totally hot. His recipe for puerco pibil is out of this world. As an homage to this fine man (and a public invitation for him to come over for dinner) I've recreated this dish.

The original recipe calls for cooking the meat in banana leaves. I couldn't find those, so you can clearly do it without. Also, I couldn't get habanero peppers so substituted 4 serranos for 1 habanero in the recipe.

Ingredients:
Optional:
Instructions:
The assortment of spices is pretty important for this dish: annatto, cumin, pepper, allspice, and cloves. You can find most of the ingredients pretty readily in most locales, but you may have a tough time finding annatto (look also for achiote). This combo of spices will help balance out the tanginess of the rest of the ingredients while also imparting the distinctly homey, Latin taste. 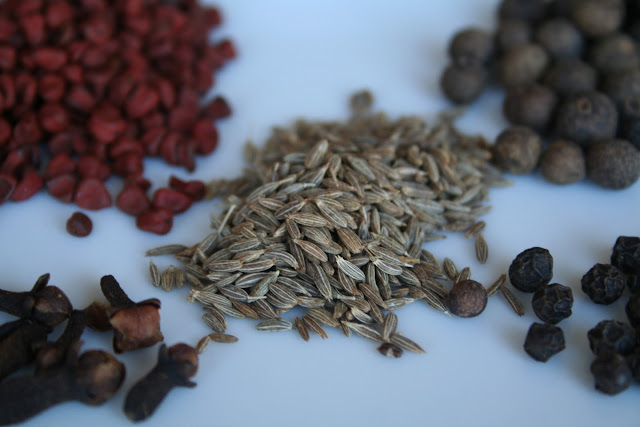 If you have a spice mill/grinder, use that to pulverize the spices. Don't waste your time with a mortar and pestle as the annatto seed is likely harder than most stone. I don't have a separate grinder and was not willing to sacrifice my coffee grinder, so I just used my blender. It didn't turn into a fine powder, but it broke everything up enough to allow the spices to impart all their spicy wonderfulness. 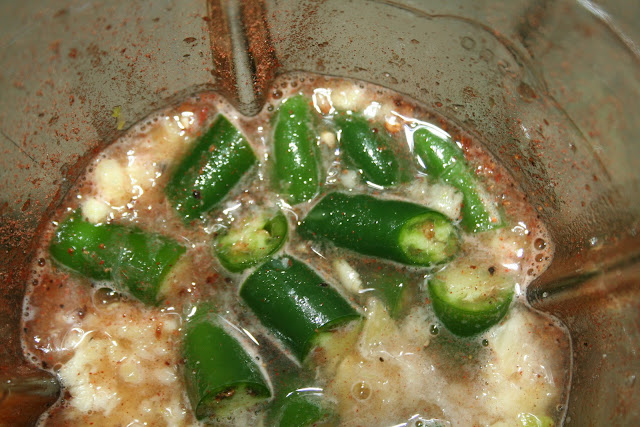 Add the rest of the ingredients (minus the meat and banana leaves if you've been able to find them) and blend thoroughly. I let the sauce sit overnight in the fridge to allow the flavors to come together more fully, but you can use it immediately. 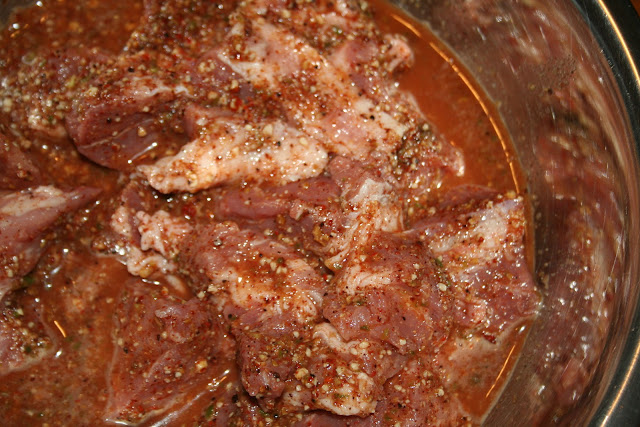 Mix the meat and the sauce together to thoroughly coat the meat. Line a roasting pan with banana leaves (if you have them) or simply put the meat in the pan and make sure to cover tightly (the recipe says to cover with aluminum foil, but I didn't and the meat was perfectly moist). 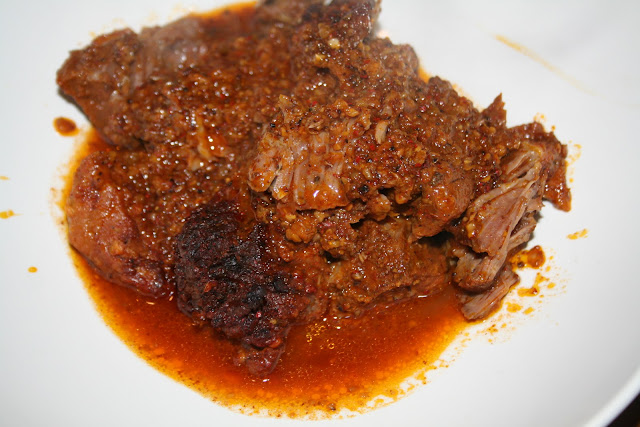 Cook in a 350ºF oven for four hours. Serve immediately with rice or shredded with tortillas and a green pico de gallo (avocado, tomatillo, cilantro, and lemon/lime mixed together). This also stores and reheats very well.
Posted by chick at 11:33 PM Labels: butt, local, mexican, recipe
Email ThisBlogThis!Share to TwitterShare to FacebookShare to Pinterest