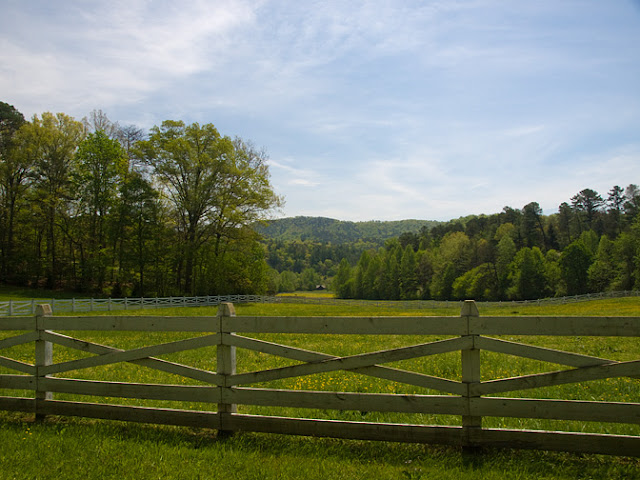 I recently traveled to Walland, TN to watch my cousin get married to his lovely bride at the almost equally lovely Blackberry Farm. To be honest, I assumed there wasn't going to be much to do on the farm, but little did I know the food adventures that I would stumble upon. 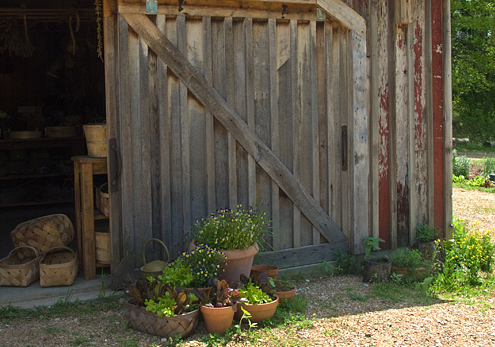 I took a tour of the property with my family and we happened upon the farmhouse and Farmer John. The chefs at Blackberry pride themselves on creating spectacular culinary creations based on a good deal of food produced right on the farm so it was amazing to see where it all happened. 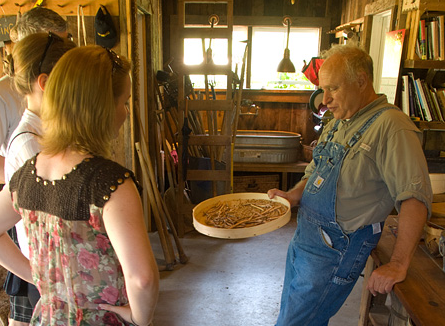 Farmer John described himself as a simple man with no use for email or blogs or cell phones. But that attitude belied the crucially important movement to which he contributes. He showed us some gorgeous beans and I asked if they were heirloom. He told me they were and that he participates to the Seed Savers Exchange and Blackberry Farm even sells some of the seeds online. 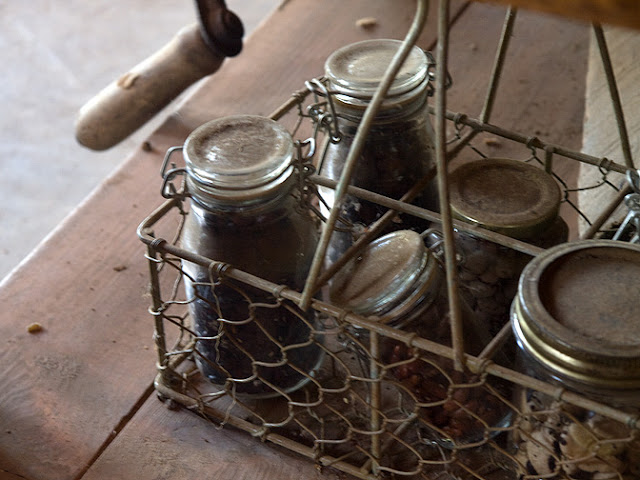 In fact, all around the farmhouse were jars and baskets all filled with seeds. One even contained a friendly barn cat. 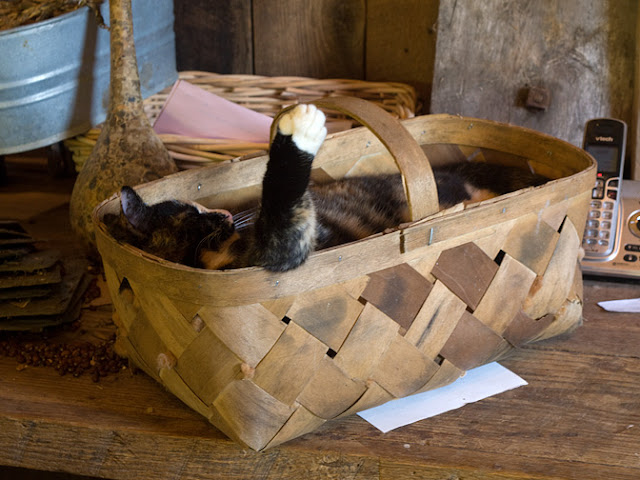 This is not a case of obsessive-compulsive hoarding. The farmers, like John, who participate in the Seed Saver Exchange are trying to maintain and propagate genetic diversity in the face of increasing monoculture and genetically modified crops. They are truly the antidote to typical agribusiness. So when something threatens our mass produced food supply, we will have a bank of genetically diverse seed stock to save the day. He might not wear tights and a cape, but I believe that Farmer John is an overall-clad food superhero.

Note: While I usually take most of the pictures for my blog, for this post, I was lucky to have my extremely talented father behind the camera. Thanks Dad.
Posted by chick at 9:04 PM Labels: seed saver exchange, superhero, tastecation
Email ThisBlogThis!Share to TwitterShare to FacebookShare to Pinterest