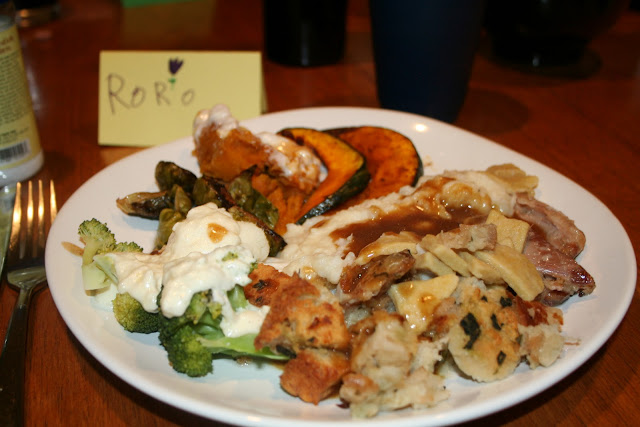 Pretty much the first thing I did after we secured a two bedroom apartment in San Francisco was to invite my sister to Thanksgiving. Granted, it was still May, but I had never had my sister and her family to my house for any holiday because they always lived in California and I lived in Massachusetts. And once they agreed to come, it was a pretty easy sell to get the rest of the family here.

Of course, it should be apparent to most anyone who has ever perused this blog that I love food and I love cooking food for the people in my life. So it's no surprise that I would plan so far ahead for the one holiday, above all others, that celebrates food. Yes, I know, the holiday is about giving thanks, but when the pilgrims sat down to give thanks that very first time, it wasn't because they had a shiny car or a high profile job or even love in their lives - it was that they were able to survive. And they survived with the help of the Native Americans who taught them how to grow and harvest food.

In honor of this foodie holiday, I tried to embrace the modern day equivalents of the lessons learned in 1621.

Enjoying the bountiful harvest
Of course, I'm always writing about whatever beautiful things are in season and this was no different. I tried to serve mostly foods that were harvested locally. Certainly there were a few essentials (cranberries, marshmallows, and the hot dogs which proved the staple of my nephew's diet) that were not local or in season, but almost everything from the pumpkins to the turkey were fresh from my local farmer's market or from other local purveyors. 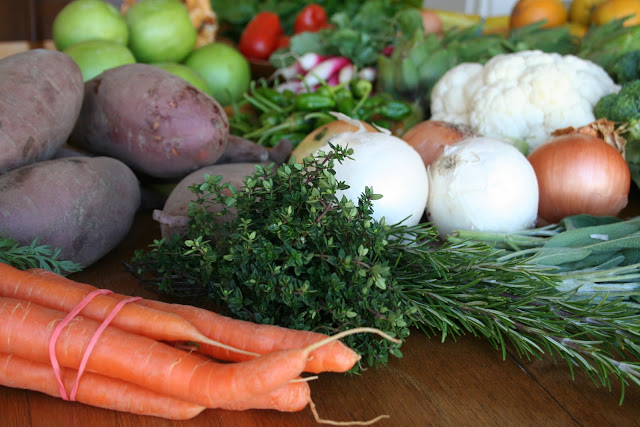 The best part of buying locally was the ability to go back to the market the next week and tell one farmer how everyone raved about his garnet yams and the other farmer how he was right that his red bliss potatoes were perfect for mashed potatoes.
Food, like the weather, is something we all instinctually talk about. While we usually complain about the weather, with food it's almost always a positive conversation. Now what better way to give thanks than to actually thank the farmers who bring you the food?
Working hard for our food
Farmers aren't the only ones who put effort and love into their food. And with just a little extra effort, you can end up with better tasting food and more oohs and aahs from your guests. You'll also end up with less packaging waste. Some of the things that I made from scratch included the potatoes for the sweet potato casserole, the pumpkin and evaporated milk for the pumpkin pie, and the stock and bread for the stuffing and noodles. 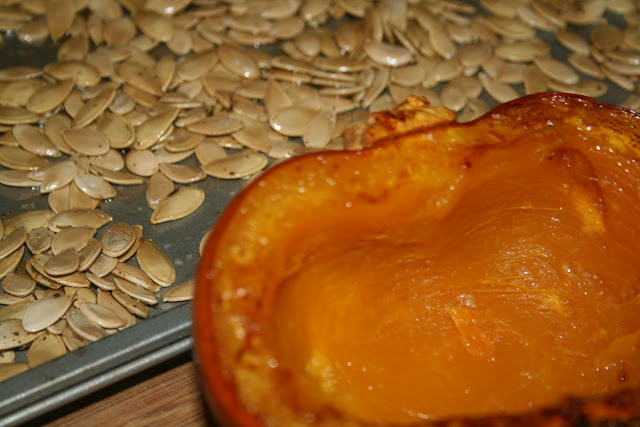 None of this was difficult to make, they just took a little more planning to make sure I had time to boil down four cups of milk into two or bake the bread to let it get stale.
And this was just the food that would typically come from cans. That didn't include the handmade noodles, pie crusts, ice cream, whipped cream, and cranberry sauce. All of these dishes used old family recipes, kept alive and celebrated on this day.
Sharing the love
My niece is at the age where she wants to help in the kitchen. Aside from the turkey, she was able to help with every dish that we made. This allowed her to be a part of the fun, but it also allowed us to share our love of food and love of each other with her. 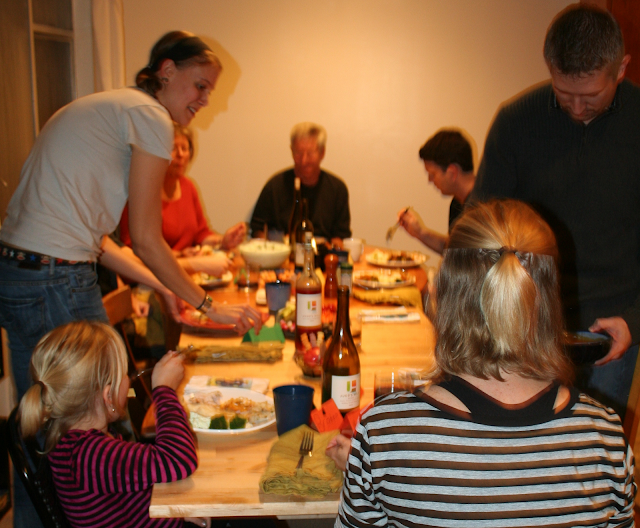 But we didn't just have the family - we also invited a few friends over. It was fun to see what foods they brought to share. Sure, when I was hectically running around the kitchen at the last minute trying to make sure the turkey was done, yelling at anyone in my way, I wasn't thrilled to have so many cooks in my kitchen. But when we all sat down to the gorgeous and delicious meal, cooked with help from almost everyone at the table (and I'm counting the moral support of keeping me company as I cried while chopping onions for the stuffing), it was all worth it.

Thanks everyone.
Posted by chick at 10:34 PM Labels: handmade, local, seasonal
Email ThisBlogThis!Share to TwitterShare to FacebookShare to Pinterest