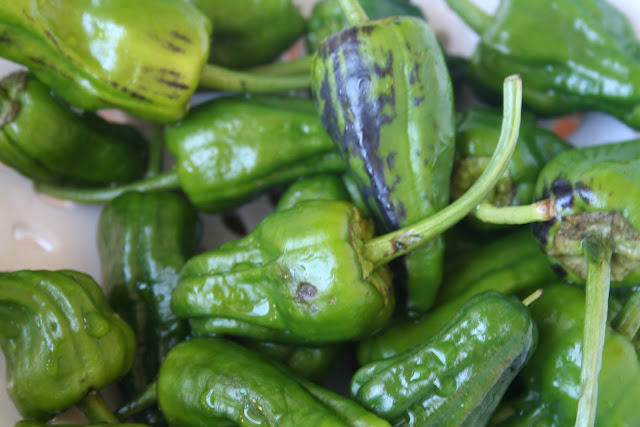 One of the fun things about moving to a new place is experiencing and learning how to use the food that is local to you. Something that kept popping up in the farmers markets in San Francisco was this amazing little pepper.

I was reluctant to try them, because they look a lot like jalepanos. And while we're miles away from Mexico, the spice influence of Central and South America can still be felt. Basically, I was a bit chicken. 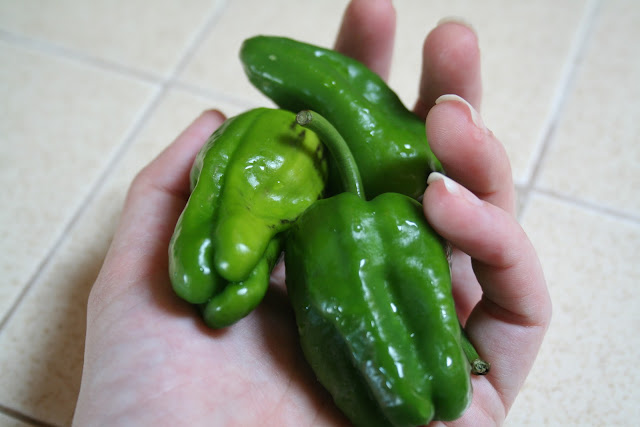 But they're so beautiful - I just couldn't resist.

Turns out that these green beauties are originally from Spain and can often be found in good company with other tapas. I like tapas. So I should like padron peppers. 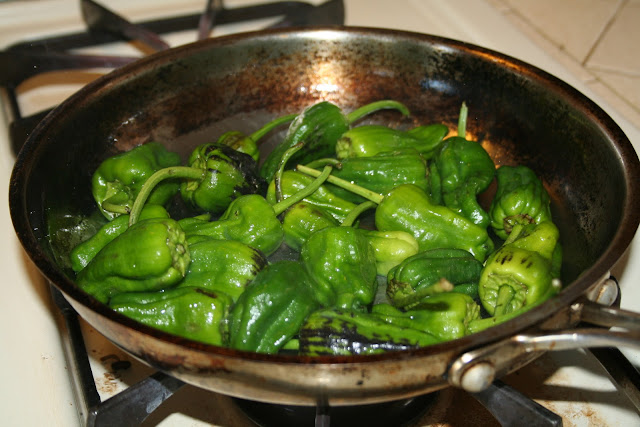 The best way to server these guys is to saute them in olive oil over high heat. Leave them whole - the stem on top makes a nifty handle. They will hiss and squeal, but fight the urge to stir or flip them too much. They're best if you let them get almost scorched on both sides. Sprinkle liberally with kosher salt and you've basically got yourself green popcorn. This can be served as a snack or as a side dish. 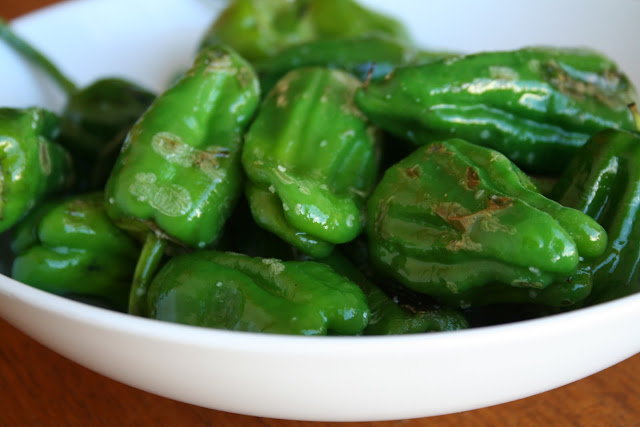 What's really fun about these guys is that while the vast majority of them are mild (similar in flavor to a bell pepper) there is the occasional wild child that will burn your face off. Who knew veggies could be so exciting!
Posted by chick at 12:34 AM Labels: local, recipe
Email ThisBlogThis!Share to TwitterShare to FacebookShare to Pinterest