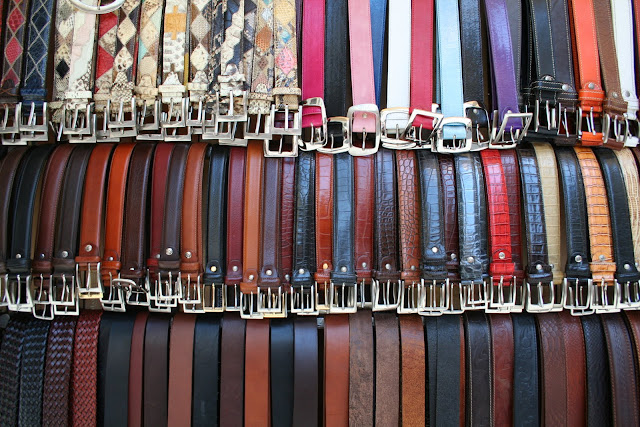 Sure, Florence is known for some of the best works of art and is considered the birthplace of the Italian Renaissance, but walk around the streets of Florence and you'll quickly realize that they're famous for their leather. And where there's leather, there are cows. And where there are cows there is food rich with different parts of said cows. 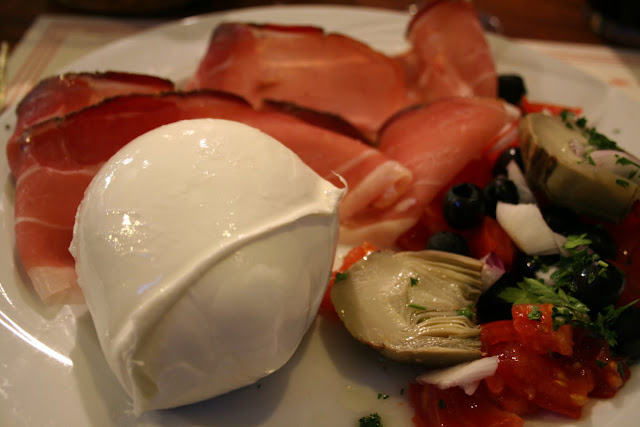 In Rome, I saw herds of sheep, so wasn't surprised to be surrounded by pecorino. Although Tuscany is knows for its Tuscano pecorino as well, I was happy to see fresh mozzarella on my antipasto plate at Osteria All' Antico Mercato (although I'm pretty sure it was bufala moz, not cow moz).

One of the most famous meals to get in Florence is the bistecca alla florentina (which traditionally comes from the Chianina cattle raised in Chiana Valley). 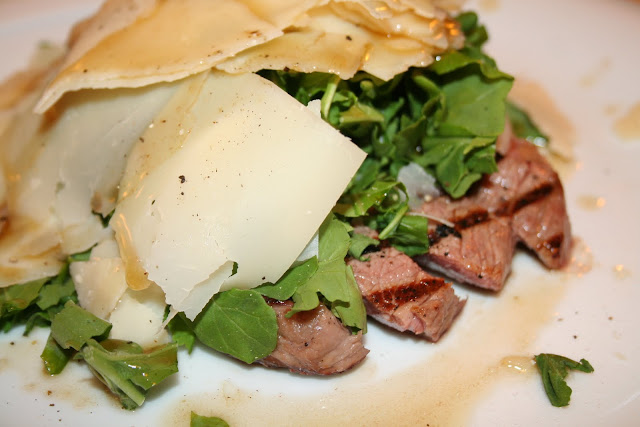 I'm afraid this author and traveler did not have enough room in my stomach for the experience of the immense plate of savory cow flesh that is bistecca. Instead, I opted for a more reasonable dish at Pizzeria Ristorante il Teatro - tagliata, which is a much smaller cut of meat, grilled and served with a ton of fresh arugula and shaved Parmesan cheese. 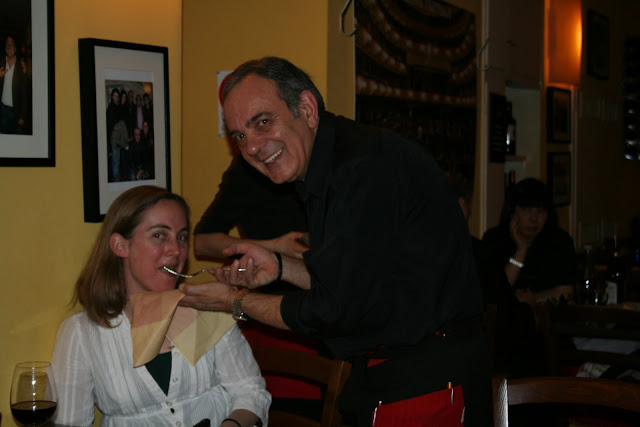 Needless to say, I enjoyed it. But perhaps that was because of the wonderful service that came with it. 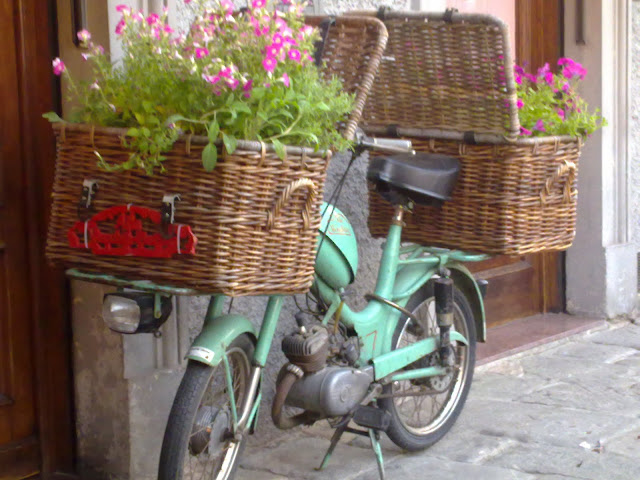 Florentines are not only friendly, they are historically efficient when it comes to the use of ingredients. When times were tough, the rich ate tripe and the poor used the water in which the tripe was boiled. And when salt was out of reach to most people, they made bread without it. To this day, you will get fairly flavorless bread at most Florentine restaurants. At Alla Vecchia Bettola I enjoyed two creative dishes made from food that many of us would just throw away. 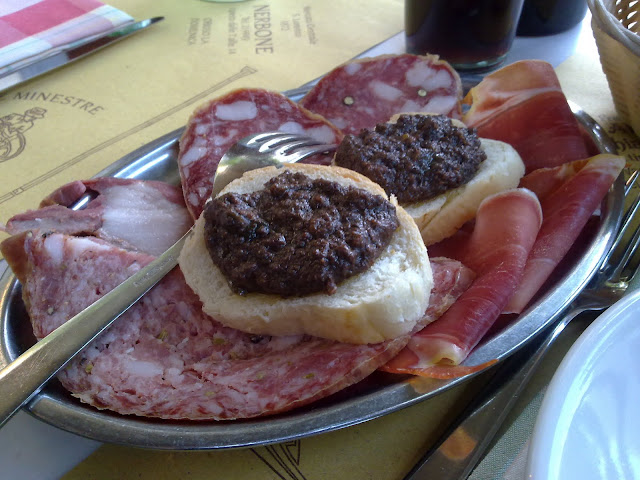 The first came with the standard salamis and prosciutto of the meat antipasto - beef liver pate. I am not a huge fan of beef liver, which typically makes me gag a little when I try to swallow it. But somehow, the combinations of the liver with other meats and spices was quite delicious. 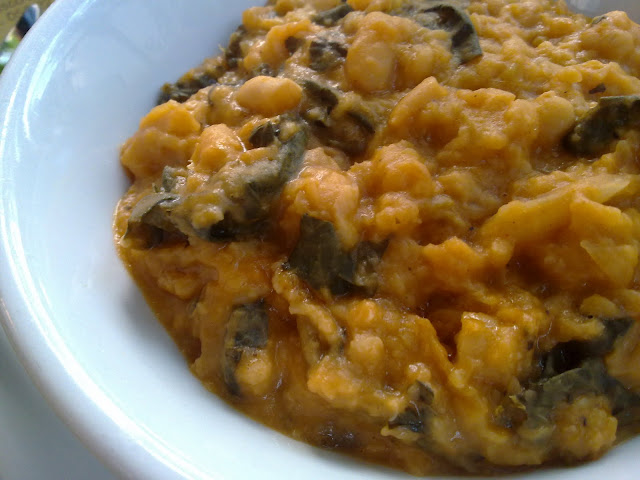 The second dish, ribollita, starts with day old bread with cannelleni beans, tomatoes, and kale. Now this was delicious by itself; a true expression of peasant food at its best. But after I ate a few bites, the waiter kindly motioned to the olive oil and pepper on my table, which, once on top, took the flavor to an almost godly level.

Mmmm. On that note, I'm gonna go try to turn some leftovers into a divine delicacy.
Posted by chick at 9:30 PM Labels: local, reusable, tastecation
Email ThisBlogThis!Share to TwitterShare to FacebookShare to Pinterest