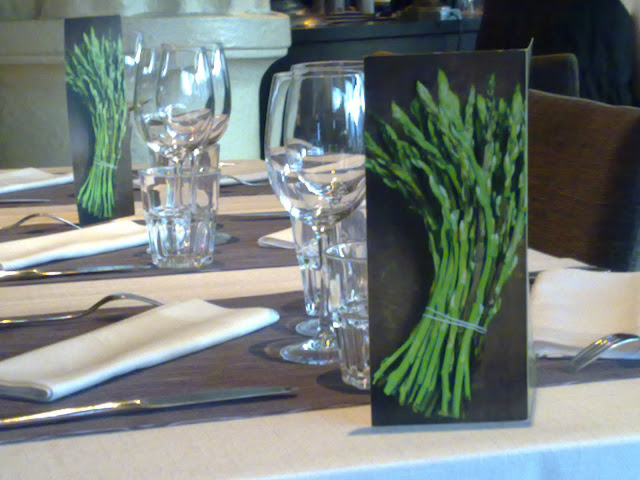 I am currently on a business trip in Finland. I've been here a number of times, but this is definitely my favorite time of year. If you look at the trees, it seems that they're all still naked. 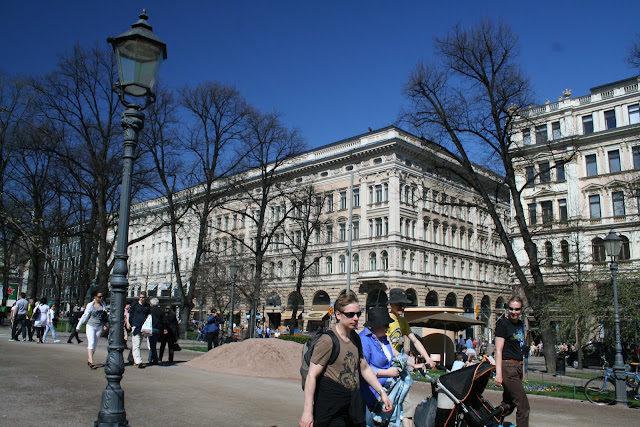 But look a little closer and you can see the leaves starting to push their way out toward the bright sun and blue skies. 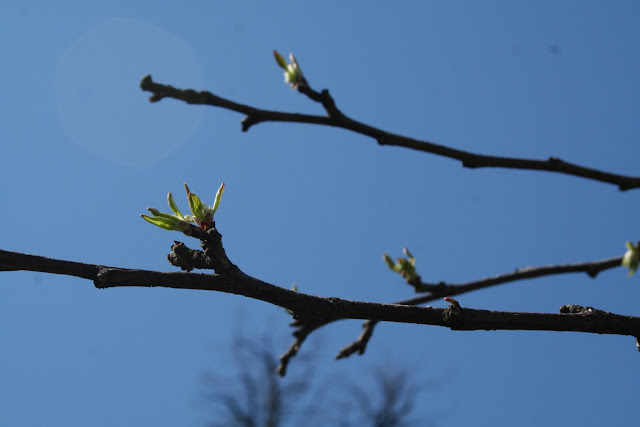 Like Boston, the people of Helsinki have endured months of cold weather and little sunlight. Now, for the first time in months, the sun is out and is warming everything around. When this happens, the Finns do what we do in Boston - celebrate! It's not necessarily a formal celebration, but more of an extreme mood adjustment accompanied with lying about with as little clothing as possible on any surface with even the least amount of grass.

In addition to the palpable happiness throughout the country, the Finns also celebrate asparagus for a few weeks each May. During "Parsaviikot" each restaurant has various dishes added to its regular menu featuring either green or white varieties of this delectable vegetable. 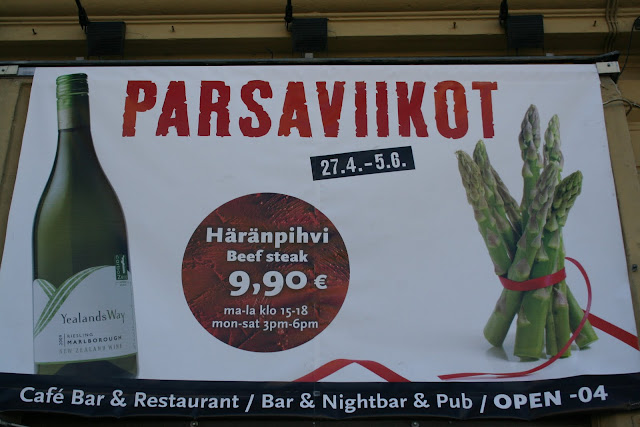 However, as I perused Kauppatori, the main central market in Helsinki, I noticed that the asparagus for sale was not from Finland, but from Holland or Spain. Surprisingly, there were a number of vegetables that were from Finland ("Suomalainen" items included radishes, parsnips, peppers, and even tomatoes), but the things everyone craved, asparagus and strawberries were from other countries. 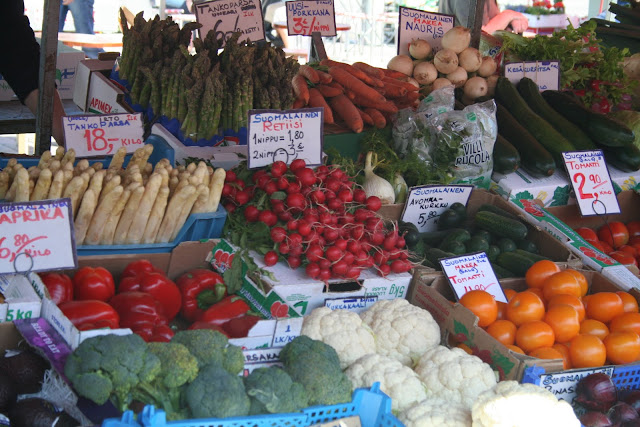 So what's the fuss with asparagus? I have to believe that this is related to everything turning green for the first time in months. It's time to celebrate life, and the asparagus is the first green thing to come out of the earth, even if it is earth that's almost a thousand miles away.

From a locavore perspective, it's a little off. But from a seasonal perspective I totally get it and I appreciate celebrating food that is in season rather than forced into season.

While asparagus seems like a national obsession from the menus in all the restaurants, there is still a lot of local food. For example, I noticed that a good deal of cheeses and meats served at the breakfast buffet at my hotel are from Finland. In addition, there are the amazing false morels. 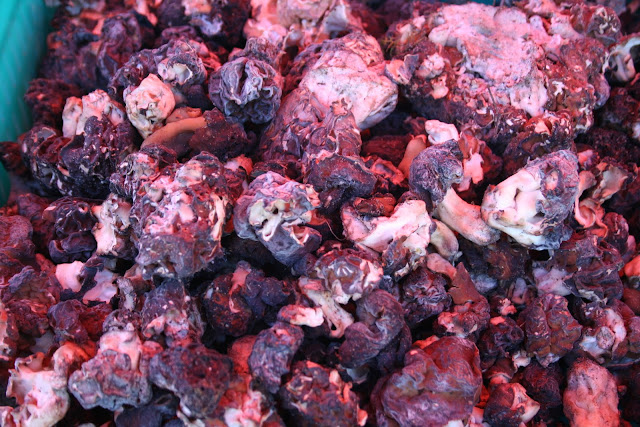 These guys are the first on the scene in spring in Finland. Only problem, they are deadly poisonous if not cooked properly and illegal in many countries. Yikes! Okay, maybe THAT is why they celebrate with asparagus.
Posted by chick at 1:32 PM Labels: local, seasonal, tastecation
Email ThisBlogThis!Share to TwitterShare to FacebookShare to Pinterest